I finally broke down and decided to replace my Marbles Cordura sheath. It became a steel bottomed duct tape monster after about 5 years. They are nice if your machete is not sharp. But it lasted all of 5 minutes until I put the machete in it without tape the first day and thus it became a Gaffer’s Machete.

I “dropped the machete” through the stock Sheath and after wondering how long it would take to fall out the bottom? I remembered Eric’s advice he was a grip for a time. https://www.youtube.com/watch?v=eM5Hz0ilqNw 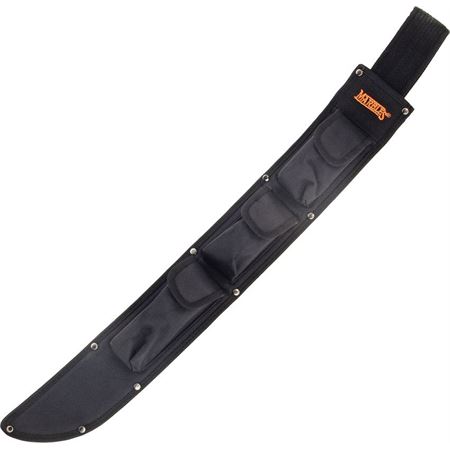 “If you are not using a machete and gaffers tape, it’s not a real project”

Detail of North Sails Kevlar 2x Belt Loop that makes it a 8 ply+ kevlar belt loop. Wrapped around a piece of aircraft plywood then glued Stapled and Sandwiched with the sheath.”Not Coming Off, EVER” 😉 [This should be a 100% Obvious Mandatory Upgrade]

Super light Aircraft Plywood Construction with a pointy end and Tek screws sanded flush on both sides. Two screws paid the price for touching the blade and were replaced with aluminum welding rod. The cordura belt weighs more than the sheath. Next up a Kevlar belt!

100% Mandatory Open Bottom for the bits of stuff that always gets in there.

It’s basically a VLK with the appropriate sheath so you don’t kill yourself falling on it.